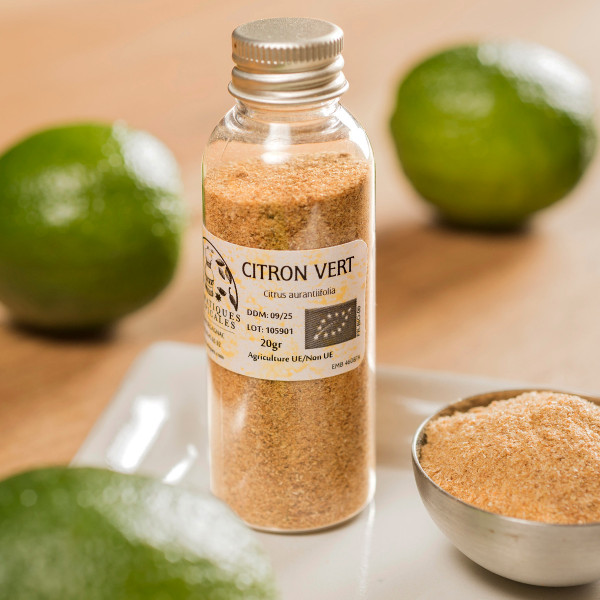 Also known as Key lime, West Indian lime, Mexican lime or bartender's lime, this citrus fruit has now become indispensable in exotic cuisine and cocktail preparations but was not really known and marketed in the West until the beginning of the 20th century. Originally from Asia, it traveled to us via the Middle East, thanks to the Arabs who implanted it in the Mediterranean basin.

The characteristic and tonic scent of this tropical fruit, acid and fresh, immediately recalls the exotic cuisine of the Caribbean and Indian Ocean islands. Simple to use, the powder -resulting from the drying and grinding of the peel- allows you to always have lime at hand to energize a dish or a drink, even when you are short of fresh fruits.

Lime is readily associated with coconut and hot spices or other exotic ingredients, such as vanilla or rum. It is used to flavour pastries, entremets and ice creams, but also savoury dishes of chicken, fish or crustaceans. Combined with yellow lemon in cheesecake, milkshake or sorbet recipes, lime works wonders. Of course, we also find its typical taste in an infinite number of cocktails...

Like most citrus fruits, lime is loaded with vitamin C that helps strengthen the immune system. Also rich in copper and iron, it is an asset for health.

Preferably used as a last touch or at the end of cooking. 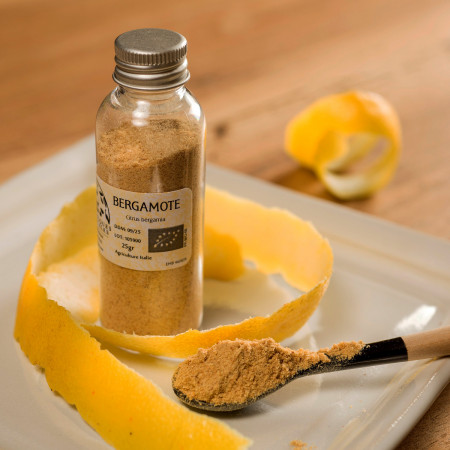 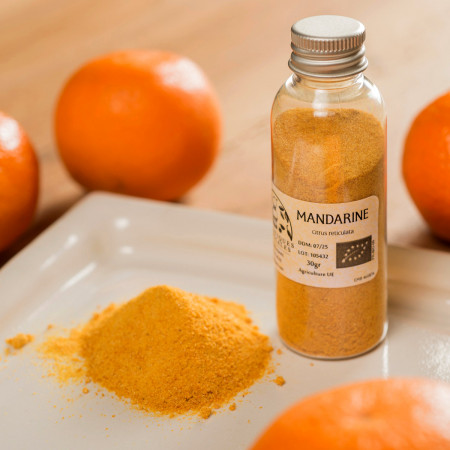 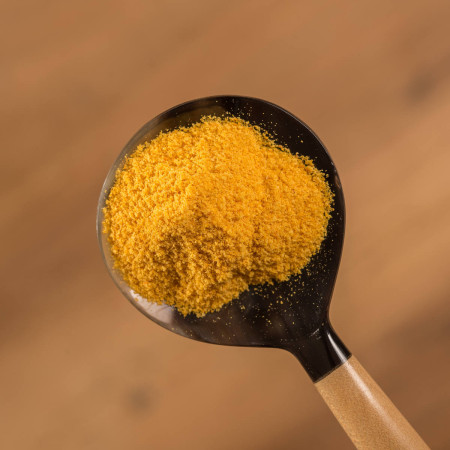 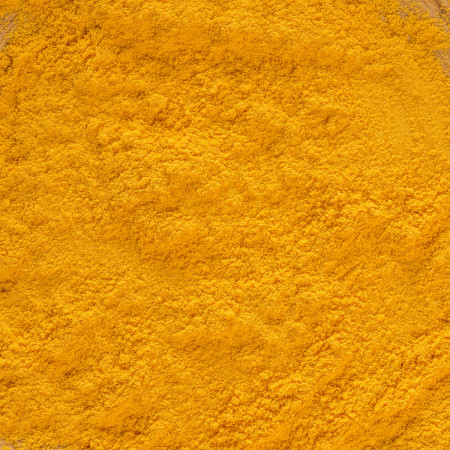 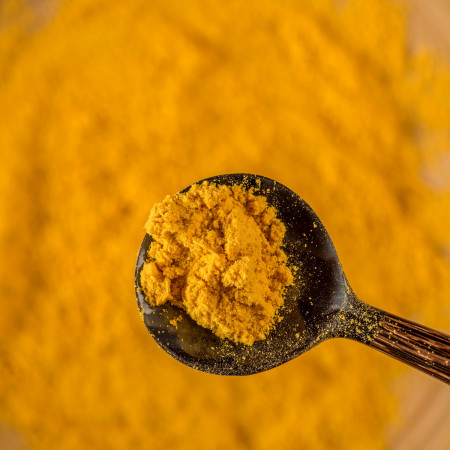